Ayurveda is the ancient science of healing. The word Ayurveda originates from the words ‘Ayur’ meaning Lifespan and ‘Veda’ meaning Holy Scriptures. It aims at healthy lifespan as well as prohibition of diseases. Here treatment has only the second place. It is defined as the Science of Life.

We are not able to predict when and where did Ayurveda originate. It has been recorded that the Ayurvedic science originated from ‘Brahmadeva’ before the creation of mankind. From ‘Brahmadeva’ to ‘Daksha Prajapathi’, from there to ‘Aswini Devas’, after them to ‘Devendra’ and atlast ‘great sage Bharadwaja’ got the knowledge. Saint Bharadwaja taught Ayurvedic science to ascetics in Himalayas so as to simplify all grieves of mankind.

Ayurveda is a system of traditional medicine native to the Indian subcontinent. In early days many scholars mastered the science and considered it as divine, i.e. the Elixir of Life. It gave a holistic balancing effect on human life in its golden period, before the invention of modern medicines. As the science and scientific researches become popular, Ayurvedic science faced decline over past years.

Some slokas depicting the need and importance of Ayurveda:

The sloka says that, there is nothing to doubt regarding Ayurvedic system as it is based on theoretical and practical knowledge.

This says the system has to be redefined in accordance with the change in time.

This says that Ayurveda includes all knowledge systems.

Recently people across the world started considering and accepting Ayurveda as alternative for many diseases. This includes most modern lifestyle diseases too. It can offer a permanent cure where as other sciences offer only a temporary cure. There is no chance of questioning Ayurveda as it can explain all aspects human life. One can keep faith and belief without stains of fear or doubt. Ayurveda not only cure diseases by its root, but also develops both mental and body health of a person.

The practice of medicine is an art; all we need is confidence about the system and harvest the wisdom of Ayurveda to create new Ayurkruti. 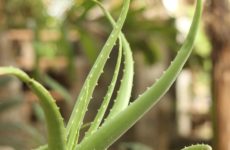